I always like to complete our skill development workouts with a “Toughness Drill” that challenges players both mentally and physically. (If you didn’t see the post with my competitive workout structure, here is the link: 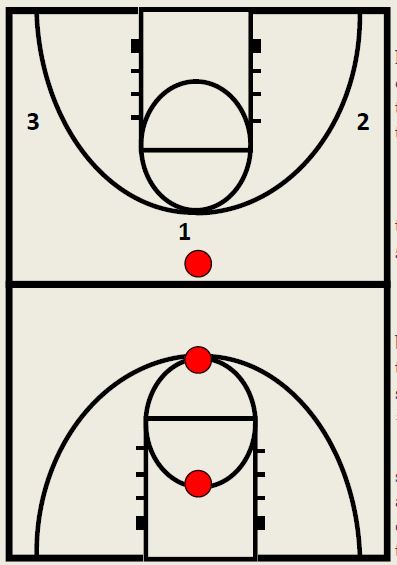 Put balls on the court at the half court line, the opposite three point arc, and the opposite free throw line. These are targets that shooters have to run around based on their shooting performance.

This is a five cycle drill with a FT in between each cycle. Total drill will give shooter 50 attempts.

First cycle is a 3. Shooter starts by first ball at half court line. She comes on the move to top of key to attempt shot #1. Make or miss she sprints to shot #2. Make or miss to shot #3. This completes the 3. She shoots a FT.

This is a GAME SHOT/GAME SPOT/GAME SPEED drill that will also challenge your best conditioned shooters.

Your best shooters with in time have perfect rounds up through 12… never seen a 15.